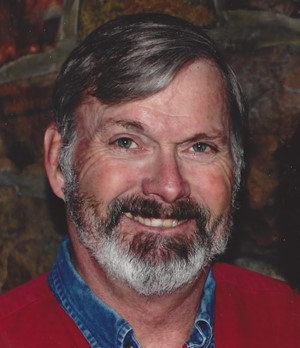 Michael Allen Sharp passed away peacefully at his home surrounded by his family at 4:30 am on Sunday October 4, 2020. He was born in Buckeye, Arizona on August 21, 1955 to Annabelle Guilford and Charles Henry Sharp. He is preceded by his parents. He is survived by his loving wife Brenda and his children Mandy (Quintus), Neil (Maggie), Jeff (Jacki), and David (Angelica), as well as his 13 grandchildren and siblings Charlene and Pat (Robin). Mike spent his high school years in Joseph City and graduate in 1973 from Joseph City High School. He was honored as the salutatorian, was a 4-year varsity letterman in basketball, baseball, and football, and was the student body president. Mike was honored as an Arizona Boys State Representative (a civics leadership organization) and attended the leadership training program in Washington D.C. where he met President Nixon. Mike was also a true cowboy as a young man. He grew up riding, roping, branding, fixing fence posts, and throwing around rail road ties. He competed in rodeos in barrel and pole racing. He was known as an excellent rider and loved his horse Brownie. Mike was a faithful member of the Church of Jesus Christ of Latter-Day Saints. He grew up attending primary and seminary. Mike served an honorable mission for the church in the Frankfurt Germany mission where he spoke fluent German. He was actively engaged in the church his entire life. He was part of the young men's organization and served many leadership roles. He organized blood drives, participated in and organized city clean-up projects, assisted young men achieve their Eagle awards, and found opportunities to serve those around him wherever he was needed. Many people's lives were blessed by Mike's lifelong commitment to being a true disciple of Jesus Christ. Mike married his amazing wife, Brenda, shortly after returning from him mission. They were sealed for all time and eternity in the Mesa Arizona temple on February 18, 1977. Mike was devoted to his family. He strove to teach his children sound and deliberate principles. He always put family needs above his own. He attended his children and grandchildren's events even when it required extensive travel. He prayed with his family, read scriptures with them, took them out for service projects, attended weekly worship services with them, worked with them, and even tried to play video games with them at times. Mike enlisted in the United States Navy. He honorably served his country as a 1st Class Petty Officer from August 1977 to 1983. He was honored as the top recruit of his class by the Admiral. He worked in the nuclear program, including time as an instructor. Mike was an avid cyclist, golfer, and fisherman. He loved woodworking, building furniture, working around the house, tending his garden, and talking politics. Mike was always a hard worker, served those around him, shared his harvests, and took time out of his life to help others. He truly lived a Christ-like life in devotion and service to God and his fellow man.

Mike loved his country, served his country honorably, and loved and respected the men and women that dedicated their lives in the service of this great nation and their fellow man. Donations made in lieu of flowers will be given to the Gary Sinise Foundation that serves and honors our nation's defenders, veterans, first responders, their families, and those in need. If you would like to donate directly, please go to https://www.garysinisefoundation.org/donate. As well as donations, please consider serving the National Memorial Cemetery of Arizona in Mike's honor. More information can be found at https://www.cem.va.gov/cem/VolunteerNCA.asp.