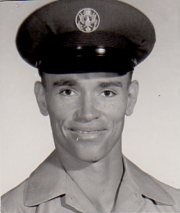 Michael Lloyd Stewart, 76, graduated to Heaven on May 24, 2019. Born on September 8, 1942, in Bellefontaine, Ohio to his parents Harold and Ruth Stewart. Michael spent his child- hood in Mesa, Arizona where his brother Larry Stewart was born. Upon graduation from Mesa High in 1961 he joined the United States Air Force where he achieved the rank of Senior Master Sergent. During this time Michael married his first wife Janice, adopted his daughters Debbie and Krystine, and had two more children Steven and Stephanie. He retired from the Air Force in 1982. Later he went to work at the General Motors Desert Proving Grounds. During this time Michael married his second wife Cynthia and had another son, Robert. He retired in 2001. In all, he had five children whom he loved and was proud of, and they gave him 9 grandchildren and 18 great-grandchildren. Michael was a passionate Christian and supported ministries of the Gospel throughout the world. Also, he supported the work of those dedicated to helping Veterans and members of the US Armed Forces who served their country in the same way he did.

A Celebration of Life in Christ Jesus is scheduled for 12:30 June 14, 2019, at National Memorial Cemetery of Arizona at 23029 N. Cave Creek Rd, Phoenix with a reception to follow at Best Funeral Services 501 E. Dunlap Ave, Phoenix. Pastor Dan Olin will officiate the ceremony. All are welcome to attend and celebrate Michael’s life.