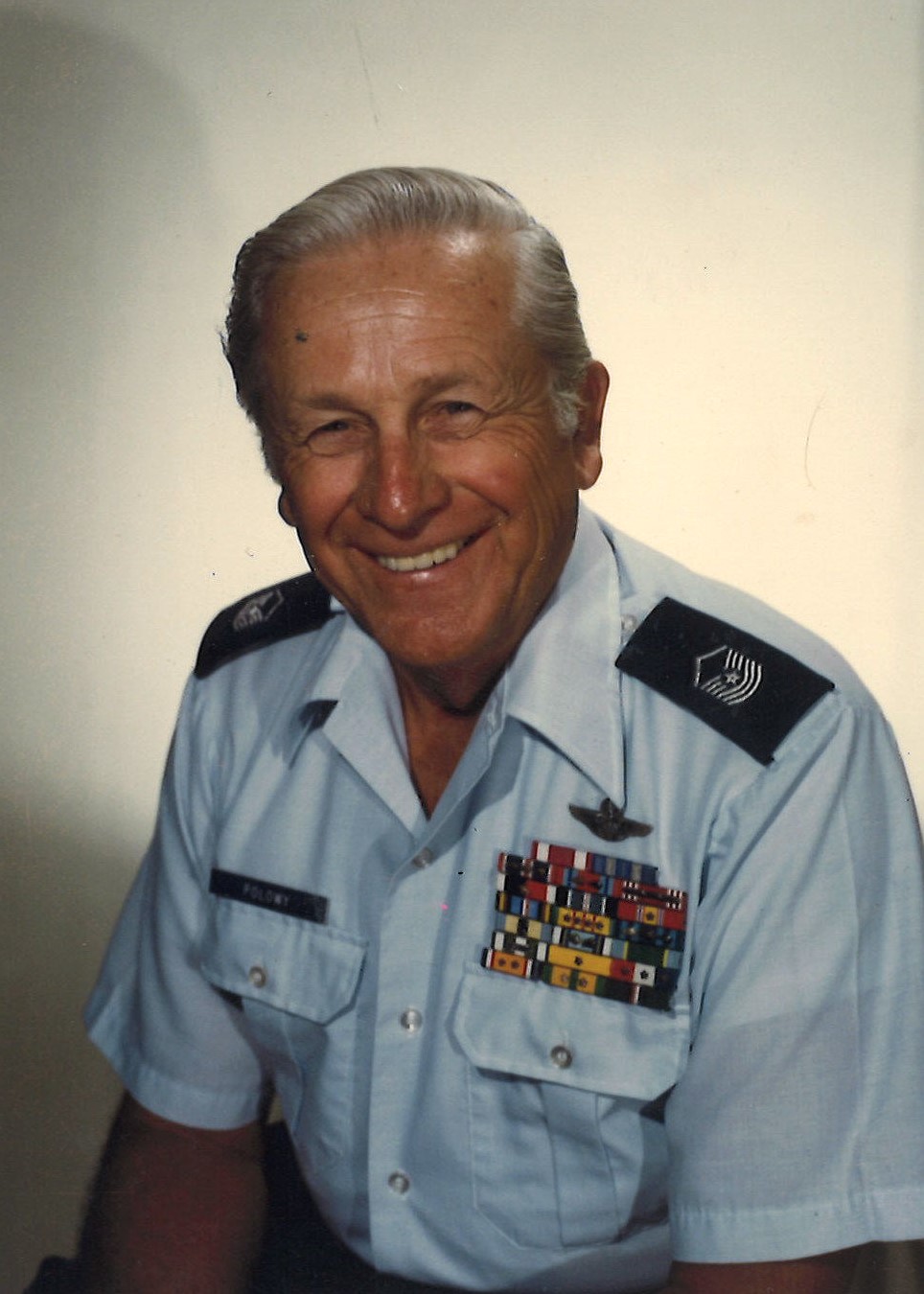 Michael (Mike) Peter Polowy passed away peacefully on July 28, 2019 with family and friends by his side in Phoenix, Arizona. Michael was born to Peter and Evelyn Polowy on October 29, 1929 in Olyphant, Pennsylvania. He attended and graduated from Olyphant High School and immediately enlisted in the United States Army for eighteen months, then joined the United States Air Force where he served a second tour of duty, and subsequently served in the Air National Guard in Arizona for nearly 30 years. Michael loved living in Arizona and there he met the love of his life, Martha (Marty) L. Weber, while he was serving in the Air National Guard. While Mike and Marty were a great, gregarious couple who were respected and admired, their passionate claim to fame was their love for entertaining and cooking for family and friends. Much loved were their home-made pierogi (with a special ingredient!) and Mike’s famous and delicious smoked pork ribs. People would come from near and far just to sample and enjoy their cooking, whether it was in Scottsdale, AZ, Apache Junction, AZ or at their White Mountain residence in Lakeside AZ, where they enjoyed many summers and many barbecues. Fishing became the sport of choice for Mike and Marty and they ventured as far as Alaska to get that special salmon. They were both generous in spirit and appreciative of their many friends and neighbors. Michael was a proud military man and earned the rank of Master Sergeant. He has an abundance of certificates and medals which he proudly earned and displayed. He would regale many people over the years with his stories of his military successes and adventures. Mike is survived by his sister, Anna Mae Schurko, niece Linda A. Novak (Gregory), niece Jeanne M. Wieme and niece Lisa M. Beckmann. Mike will be remembered and missed by all those who love him and he will be carried forever in their hearts.

A memorial service for both Michael and Martha will be held on Monday, November 11, 2019 (appropriately, Veterans Day) at 2:00 p.m. at Saints Cyril and Methodius Catholic Cemetery in Peckville, Pennsylvania.