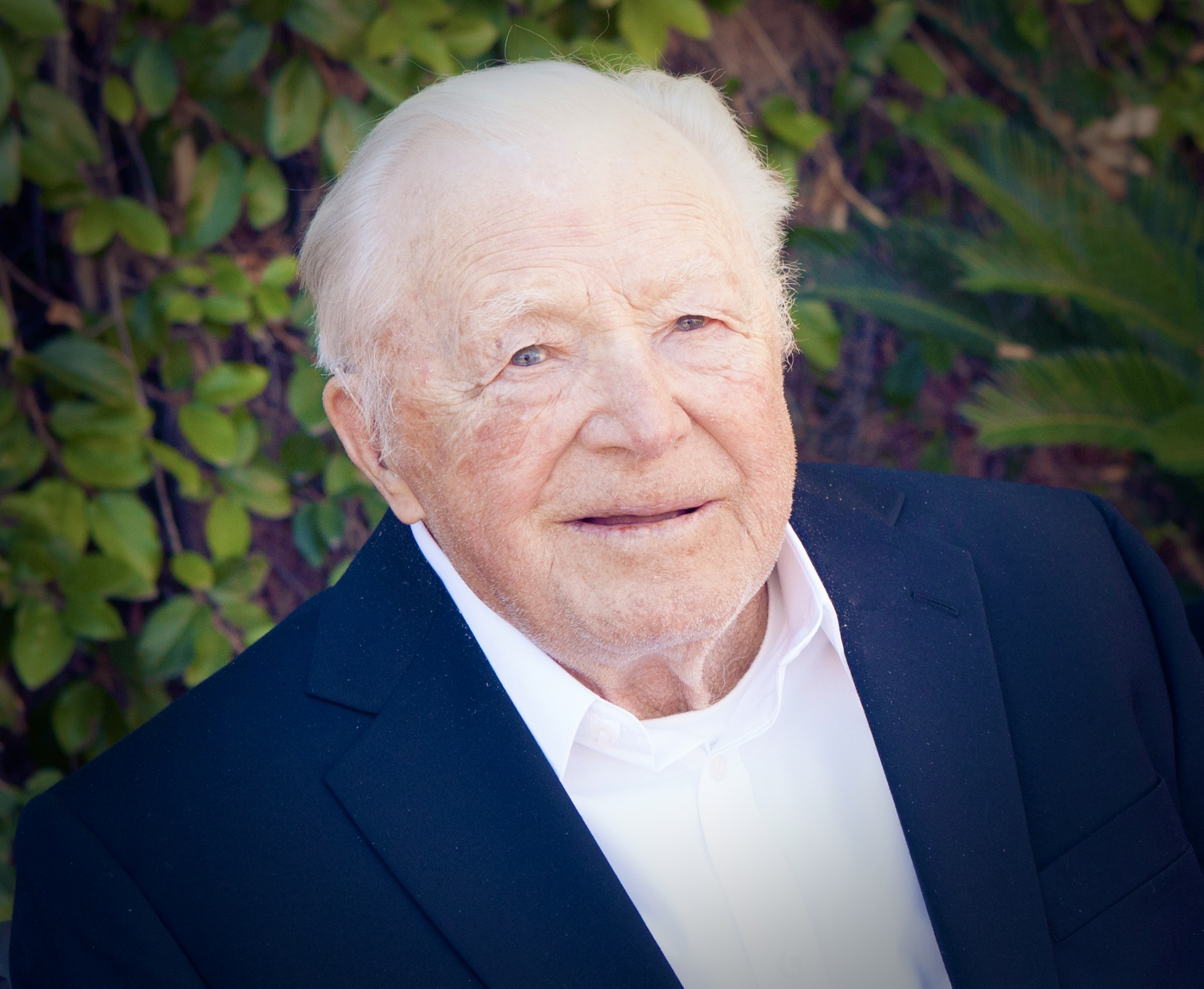 Palmer Nermyr died on March 29, 2021 at the age of 100, in the home of Brian and Barbara Nermyr in Phoenix, Arizona. Palmer Nermyr was born August 17, 1920 on the homestead farm in Sergius Township, Bottineau County, North Dakota to Margit Lilleslet Nermyr and Herbrand H. Nermyr. Palmer attended various schools including a one room school located on the farm. Later he attended Bowbells and Deering schools and graduated from Westhope June 1939. Palmer was number 7 of 8 brothers and sisters. Palmer was a farmer at heart. He helped his father and two brothers raise cattle, horses and assisted in operating his fathers threshing machine during harvest. He purchased the farm in 1950 the same year he married his sweetheart Frances Thorpe of Antler. Palmer was a member of many boards including Westhope School Board, Farmers Union Elevator, Sergius Township and the local Democratic party. Palmer, along with his wife, Frances was always available to help neighboring farmers and was especially proud to give help and advice to Lorrie and Wanda Opdahl, who took over management of the farm in 1985. To the final day he was extremely happy to know that the Opdahl’s were able to keep his land healthy and prosperous. Palmer was never one to waste a penny, and upon retirement in 1985 he made a number of purchases including a 5th wheeler, boat and some more fishing gear and with that he and Frances would set out to fish as often as Frances could get him to do so. With the 5th wheeler in tow, he and Frances would winter in Mesa, Arizona, and upon the death of Frances, Palmer wintered with his son Brian in Chandler and Phoenix, Arizona. Palmer had four passions. Farming, politics, pinochle and lutefisk. He, along with his pinochle partner Lloyd Moum, became the team to beat as they traveled to various tournaments and area bars. To this day, neighbors still ask if he plays, and then a story or two will be told about him taking every penny they had. Always gracious in winning and never speaking of any loss. His other passion was politics. He was a lifelong Progressive Democrat and voted in every election from 1941-2020. He supported the party in Sergius township, Bottineau County, state of North Dakota and the United States of America. The elections of 2000 and 2016 disappointed him greatly. He was relieved in the results of November 2020 and hoped for his neighbors to put aside their differences and share a common goal for a greater good. Reading current events was his only hobby and he became proficient in using a computer since 1995. Every morning for several hours he would scour the news pages often falling asleep in the chair. When asked what was in the news “nothing good I’m afraid”. And finally, lutefisk at least several times a year. A pure-blooded Norwegian to the core. Beginning in 2005 he wintered at the home of Barbara and Brian Nermyr and after becoming ill in 2015 he moved into their home keeping his residence in Bottineau County. He was often seen with his walker cruising the neighborhood waving at every car that drove by. Neighbors still ask how he’s doing. Palmer loved small children, dogs, cats, his step grandchildren Amanda Keyrouse Forsmo, Raymond Michael Keyrouse. When they both had children, he felt his life was complete knowing that his grandchildren, Aurora Forsmo and Sterling Keyrouse, would one day acquire the homestead. Palmer was under the care of Hospice of the Valley, primarily Kelly Quinn along with his caretakers Kathy Huskey and Margie Arvallo, the last several years and months of his life. Without their help and care the family would not have been able to support him in comfort. Palmer will be interred at Rose Hill Cemetery in Minot, North Dakota alongside his wife and partner Frances Thorpe Nermyr. A celebration of life will be announced at a later date. A donation to Farm Rescue will be given in their name.

A date and time will be shared with family and friends for an RSVP.