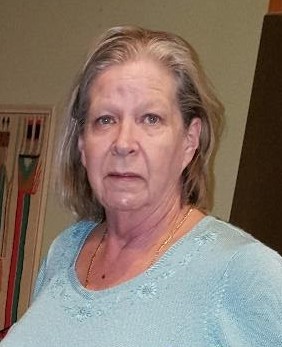 Patty was born January 24, 1955 in Rensselaer, Indiana to Robert J. and D. Eileen (Washburn) Studer. She attended St. Augustine and Rensselaer Schools and graduated from RCHS in 1973. She worked during high school at Stuckey’s, Dog ‘n’ Suds, Schultz’s Dime Store and Northway (work-study). In August, 1973, Patty drove her new Mercury Cougar to Phoenix with her sister Nancy and aunt and uncle Barney and Hazel Studer in tow. In downtown Phoenix Patty attended Lampson Business College. She later worked at Wayne Welding, the County of Maricopa, Keebler Merchandizing and Mutual of Omaha Bank (CIT) where she was a senior bank operations manager. In 1982, in Phoenix, Patty married Robert William “Bill” Michael. Together they raised two sons, Robert S. Michael, of Phoenix and Perry J. Michael (April Fendt), of Kokomo. Patty loved Arizona and the Ahwatukee community where she made her home. The Michael family enjoyed many winters of fun with “The Bobo’s”, snowbirds Bob & Eileen Studer. Although many people questioned Patty’s decision to move away at age 18, she was firm in her decision and made only five trips back to Rensselaer during her nearly 50 years of living in Phoenix. Patty remained both decisive and impatient throughout her entire life. She was a disciplined, dedicated worker and she instilled those characteristics into her sons. Patty had been in failing health and died on Mother’s Day, May 9, 2021. She is survived by her two sons, Robert and Perry Michael and her sister Nancy Studer (Steve Kochell). She is also survived by two stepchildren, Kathy (Nick) Leider (Pennsylvania), and Alan (Sandy) Michael (Maryland). She was preceded in death by her parents, her husband and three stepsons.

No service is planned.

In lieu of flowers, you may make a donation to your local animal shelter or AZhumane.org