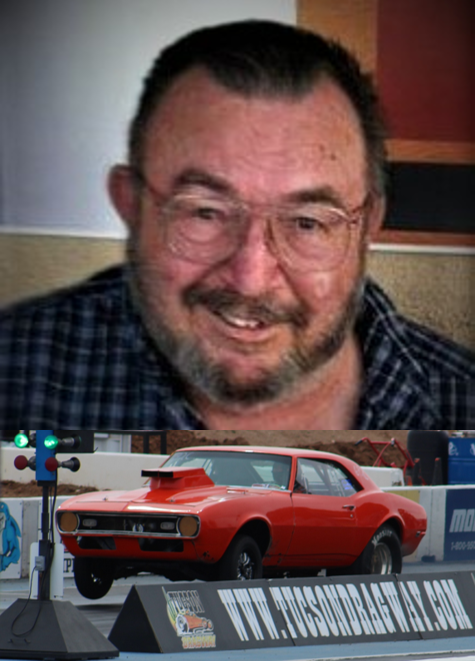 Paul Ellsworth Northup Sr of Glendale, Az passed away on January 7, 2020 surrounded by both of his children. Paul was born March 2, 1942 in Sterling, Colorado. He was one of seven children and the oldest son of Paul and Norma Northup. At a young age Paul and his family moved to Phoenix where he eventually met and married his wife of 54 years, Patricia. Paul and Pat welcomed a daughter Glenda and later a son Paul Jr and together raised their children in the Phoenix area. Paul was a much-loved husband, father, grandpa, great-grandpa, son, brother, uncle and friend to many. For close to 40 years Paul ran and managed Wolf & Son Garage on 16th Street in Phoenix, Az. Paul loved working on cars and enjoyed spending time with friends and family at Firebird International raceway now Wild Horse Pass Motorsports Park and also at Speedworld. Paul was a skilled mechanic who built an 11 second ¼ mile drag car out of a 1968 Camaro from the ground up. The car he built continues to race and win with his younger brothers and nephew behind the wheel. Paul was preceded in death by his wife of 54 years Patricia, his parents Paul and Norma, and sisters Marty Crandall and Pamela Northup. He is survived by his daughter Glenda Quezada (Arthur) of Glendale, AZ his son Paul Northup Jr- PJ (Keith) of Round Rock, TX, grandson Daniel Quezada of Glendale, AZ, granddaughter Stephanie Roberson (Matt) and great-granddaughter Diana Roberson all of Surprise, AZ, sister Evelyn Hurlbut of Cascade, Id, sister Patricia Williams-Owens of Tucson, Az, brothers Rick Northup (Dora) and Sam Northup all of Boise, Id, sister-inlaw Irene Eckhoff of Ensenada, Mexico, brother-inlaw Kem Ray of Las Vegas, NV as well as numerous nieces and nephews. At his request no services are planned. In honor of his memory the family asks that donations be made to an incredible organization Wings of Hope Hospice and Palliative care which allowed our dad Paul to receive amazing care while remaining in the comfort of his own home at the end of his life. God saw you getting tired And a cure was not to be So he put His arms around you And whispered “Come to me.” With tearful eyes we watched you As you slowly slipped away And though we loved you dearly We couldn’t make you stay. Your golden heart stopped beating Your tired hands put to rest God broke our hearts to prove to us He only takes the best

It was his wish that there be no services.