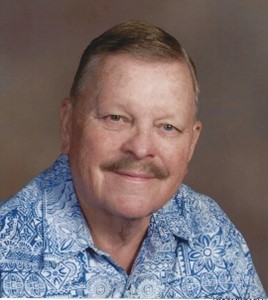 Paul was born on January 12, 1944 in Corpus Christi, Texas to Clinton and Kathryn Eastman. He grew up in Dearborn, Michigan. Following his graduation from St. Olaf College in 1965, he went on to Michigan State where he received a PhD in Elementary Particle Physics. He then went into the computer industry as a Systems Analyst for Xerox Data Systems. He moved from Dearborn, Michigan to Phoenix, Arizona in 1977. He then joined Fairchild Data Corporation where he was a Sales Manager selling satellite, microwave, and some of the very first cable modems. There, he became active with the Institute of Electrical and Electronic Engineers where he and his colleagues created standards for cable modems, Ethernet over cable and wireless networking. In 1991, he was asked to join the IEEE Computer Society Standards Activity Board where he was Vice Chair and eventually oversaw various standards. In 1993, he and a partner formed RF Networks where they built radio frequency products for connectivity, distance learning, military telemetry and other cable, microwave, and through-air applications. Seventeen years later, they sold the company to a firm dedicated to designing and manufacturing military telemetry equipment, Paul continued to work there for an additional two years before retiring at age 65. Paul enjoyed traveling the world, traveling to Maui a few times each year and laying on his raft and reading in his swimming pool. For the last 50+ years, Paul has also enjoyed writing his Class of ’65 St. Olaf Class newsletter. Paul will be deeply missed, but long remembered by his classmates for his efforts and persistence to receive news from them for the yearly publication. Paul is survived by his wife, Sue and his sons: Jarrod Eastman (Pyper) of Bozeman, Montana, Justin Eastman (Julianne) of Denver, Colorado and Scott Eastman of Marina Del Rey, California. He is also survived by his siblings: Rondi Olson (Tom) of Westport, Connecticut, Mark Eastman (Terry) of Ben Lomond, California and Vicki Ham (Roger) of Willits, California in addition to many nieces and nephews

Donations may be made in his memory to All Saints Lutheran Church Men’s Breakfast Bible Study at the above listed address or in his memory to Class of 1965 Endowed Scholarship Fund, St. Olaf College, 1520 St. Olaf Avenue, Northfield, MN 55057