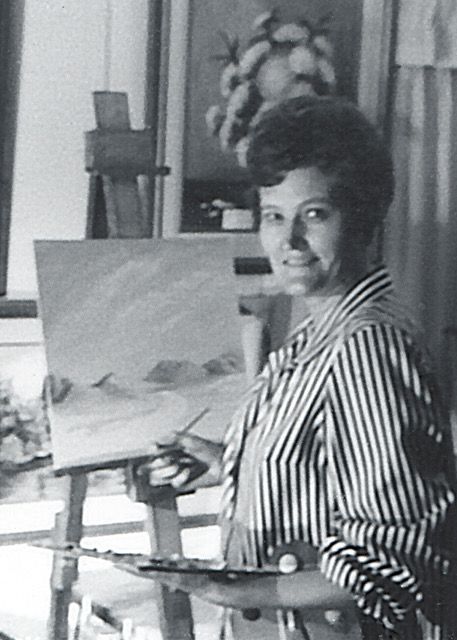 Polly Black was born near West Plains, Missouri, and soon after, her family moved to Oklahoma. During her childhood Polly was involved in Girl Scouts, where she earned her Gold Award. Upon graduation from high school, Polly was awarded a national scholarship, and in 1941 she began her college education at the University of Oklahoma—where she earned both her bachelor’s and master’s degrees, majoring in English and Journalism. While at the University of Oklahoma, Polly met her husband, John Black, whom the US Army had assigned to the engineering training program at the university. John and Polly dated before John was transferred to the 103rd Infantry Division and sent to France. Upon John’s return from WWII in 1945, John and Polly were married and then returned to University of Oklahoma where John attended school on the GI Bill, and Polly went to work for the University of Oklahoma as the director of the university’s reading clinic. Polly and John later moved to Mexico Missouri, where their first three children were born; they then moved to Phoenix, Arizona, where their fourth child was born. While raising four children, Polly was active in many civic groups. In the 1970’s Polly became known as a southwest desert artist who specialized in oil and watercolor paintings. In the late 1980s, Polly’s business—Polly’s Studio—made and shipped handmade pressed flower cards and hand-crafted refrigerator magnets to businesses and individuals, both domestic and abroad. Polly loved to travel. She and John visited Russia, Japan, China, Israel, Egypt, Turkey, Scandinavia, Australia, New Zealand, Germany, Ireland, England and Scotland. Polly is survived by her husband of 75 years, John Arthur Black, Sr.; son, John Arthur Black, Jr. (Beverly) in Sedona, Arizona; daughter Jane Akin Gilbert (Russell) in Flagstaff, Arizona; son Bruce Leonard Black in Portland Oregon; and her beloved grandchildren.

Services will be held on September 10th at 10:00am via Zoom. Request a Zoom invitation: https://docs.google.com/forms/d/e/1FAIpQLSeBe3jl5Gie7mnqDeoOfT_aGHofeEZf38GD0QWwi5DobdK2LQ/viewform?usp=pp_url

In lieu of flowers, Polly has requested that contributions be made to the Alzheimer’s Association: https://act.alz.org/site/Donation2?df_id=32112&32112.donation=form1&utm