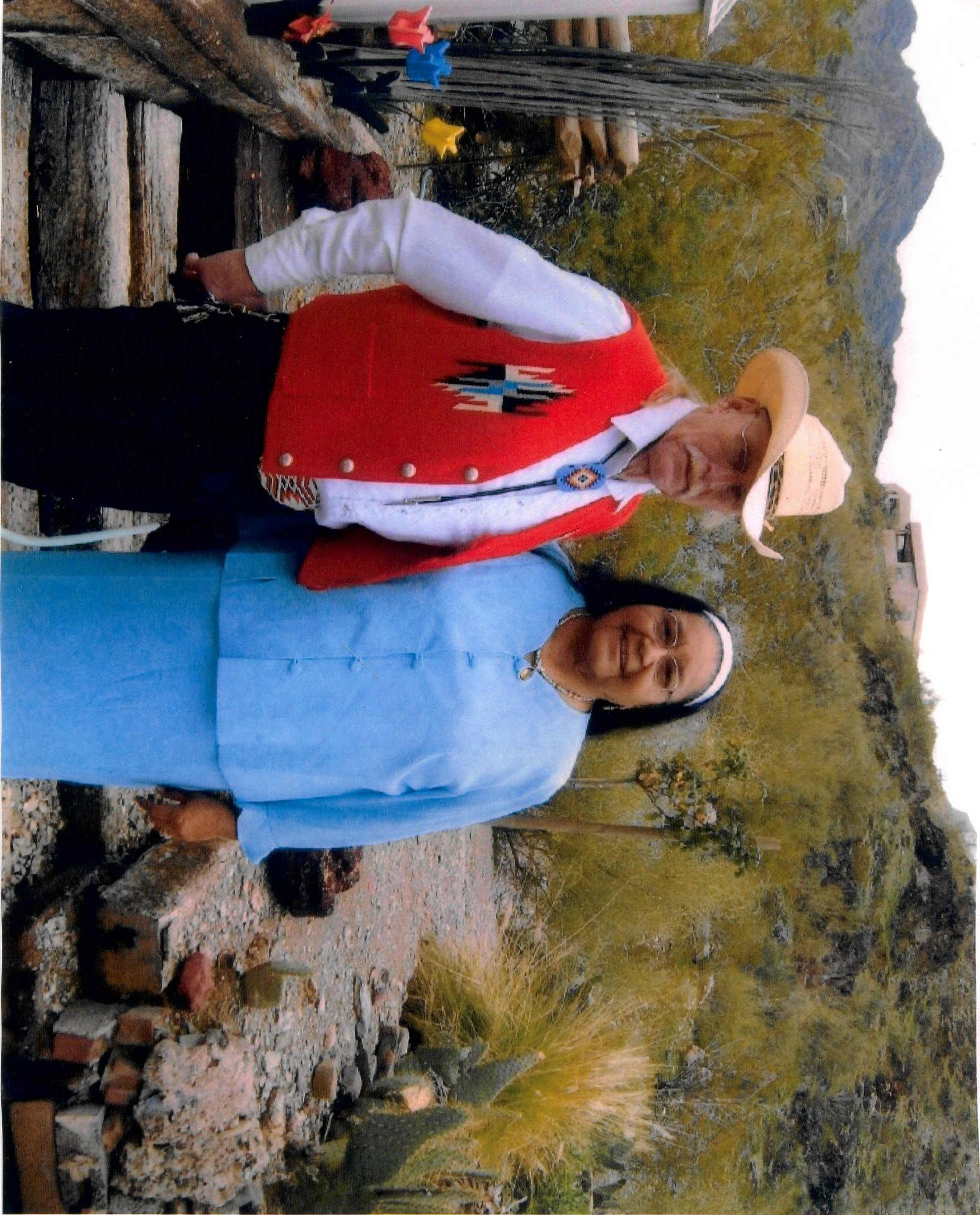 At Arizona State University, she completed a Bachelor’s degree in Elementary Education and subsequently earned a Master’s Degree in Special Education at NAU. She went on to attend 84 additional credit hours towards her doctorate, which amounted to something known as an “ABD” or All but Doctorate degree. Rachel’s first teaching job was at Salt River Reservation, where she remained for 13 years. She was later the superintendent of Busby schools in Busby, Montana. Her academic positions have been too numerous to mention here, but included principalships, superintendencies, student services administration, counseling, and many other academic posts. Her portfolio of awards, special recognitions, and continuing education certificates would paper a school building! Rachel was instrumental in creating the Native American Studies Department at Arizona State University, which grew to become a nationally recognized program, drawing students from all over the United States. She was very influential in education all over the Southwest. Rachel was a lifetime learner, educator, and mentor. Rachel was a Northern Cheyenne Ceremonial Woman, who helped many people on their spiritual journeys and rites of passage. The oldest ceremony of the Northern Cheyenne Tribe is the “Painted Faces” ceremony of the Great Race. She received this ceremony from her eldest sister, Victoria, and later passed it on to net nieces and nephew — Mary, Stacey, Evelyn, and Shannon ( Hoss ). Rachel also had Ceremonial Person status for the Passamaquoddy Tribe in Main and for Hawaiian Native Americans. Rachel loved to travel. In addition to traveling within the United States she went to Italy with her neice, Suzanne, and toured England with a good friend from Ft. McDowel, Karen Rae. In addition to education, Rachel was devoted to community service. She served on boards of many organizations, including St. Labre Corporate Board in Ashland Montana for 11 years, numerous school boards in Arizona, Montana, and other states, and the National Center for Disease Control (CDC) in Atlanta, GA. She was a spiritual elder and tradition healer at the Phoenix Indian Medical Center (PIMC). Rachel meant much to many people. In addition to being a devoted wife, mother, grandmother, great grandmother, aunt, friend, etc., she counted among her family many who were not blood relatives. This touching of many people’s lives was demonstrated recently by the steady, almost never ending stream of visitors who were drawn to her home. She will be greatly missed by many.

Due to Covid-19 restrictions attendance to the Chapel Service will be limited to family and a few close friends. Thank You for your understanding.