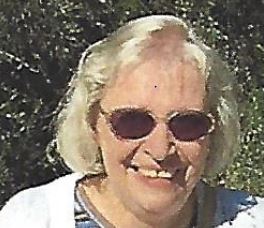 Randee Lynn Lutz, of Sun City, Arizona formerly of Montevideo, Minnesota and Charleston, West Virginia passed away on March 27, 2021 after an eighteen month battle with cancer. She was born July 25, 1951, in Valley City, North Dakota to the late Dean and Marie Rhodes, and was raised in Montevideo, Minnesota. Her journey in life was moving across the country multiple times with stops in Colorado, Arizona, New Hampshire and West Virginia. She was a graduate of Montevideo High School, Class of 1969. She also attended Minnesota State University Moorhead and Concordia College. She was employed by various companies as a legal or executive secretary, but preferred to be a housewife and spoiled her husband Bill in the process. Randee is survived by her husband of 34 years William (Bill) Lutz, sister Kathleen (Roger) Chase, brother Kevin (Janet) Rhodes both of Spokane, Washington. Nieces Elizabeth (John) Warren, Darcy Rhodes, and Hilary Rhodes of Spokane, Gillian Rhodes of Lahore, Pakistan, and Stephanie (Michael Benno) Chase of Portland, Oregon. Randee never had any children of her own, she was able to be a second grandma to her great niece and nephew Abby and Bennett Warren, which both held a special place in her heart.

As requested, Randee has been cremated and a private memorial service will be held by the family at a later date.