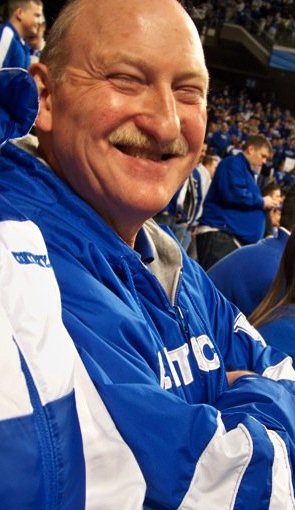 On Saturday, April 17, 2021, Ray Hanke, loving father and husband passed on to his heavenly home at the age of 68. Ray was born on July 9, 1952 in Lexington, Kentucky to Howard and Hazel Hanke. He received a Master of Arts in Communications from the University of Kentucky in 1984 and a Master of Divinity from Iliff School of Theology in 1989. Prior to his graduate degrees, he earned a Bachelor of Ind. Studies, Specializing in Print and Broadcast Journalism from New Mexico State University. He married his wife, Michelle in 1986 and they had their daughter, Mollie in 1988. Ray was an avid University of Kentucky basketball fan and he passed this passion down to his daughter, making sure she knew every word to the fight song soon after learning how to talk. He served as a pastor for many years, coming from a ministry family, and loved the Lord until his last day. He also loved watching his “namesake” show, Everybody Loves Raymond (no matter how many times he’d seen the same episode), family dinners at Cracker Barrel, and was so excited White Castle had made its way to Arizona. He was preceded in death by his parents, Howard and Hazel, and his brother, George, and is survived by his wife Michelle, daughter and son-in-law, Mollie & Jonathan, sisters Katy and Ilka, and several cousins, nieces, and nephews.

The family will have a private ceremony at a later time.