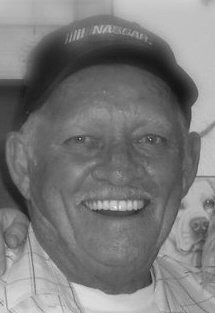 Ray Bowman, 70 of Glendale AZ. God called him to heaven on 10 June 2019 as it was his time to rest. He was born to Robert Dean Bowman Sr. and Margaret Florine Bowman in Knoxville, Iowa on 17 December 1948. Ray’s mother passed away when he was a teenager and his Step-Mother Dolores Bowman cared for him as if he was her own. He met his loving wife, Wendi Bowman in Honolulu, Hawaii and married in 1998. Throughout Ray’s life he was known as a dedicated and hardworking man, in fact, he worked up until his last days. He held several construction jobs through the years, however, he worked as a Construction Superintendent for Bjerk Builders, Inc. for the past 13 years. Ray enjoyed watching and following NASCAR and all other types of car racing. In his earlier years, Ray owned his own modified stock and late model race cars. He enjoyed going to the dirt tracks every weekend with his brothers and sisters and even won several championships. Ray’s smile would brighten up any room and it was so contagious people couldn’t help but smile and laugh with him. He liked to make people laugh at his funny stories and silly jokes. He was survived by his Wife; Wendi Bowman; Daughters; Deborah Thomas (Dwyane), Teri Rodriguez (Robert) and Sandra McMullen (Albert). Brothers; Clifford, William (Bill), Robert Jr. (Bobby). and Matthew Hanson. Sisters; Elaine, Jackie and Carolyn. 13 Grandchildren; Tamera, Cassandra, Frankie, Michelle, Rebecca, Robert, Lindsay, Alyssa, Danielle, Kyle, Christopher, Brittney and Michael. 3 Great Grandchildren; Shyann, Anthony and Lucas. Ray is proceeded in death by his Father; Robert Dean Bowman, Mother; Margaret Florine Bowman and Daughter Traci Lynn Bowman.