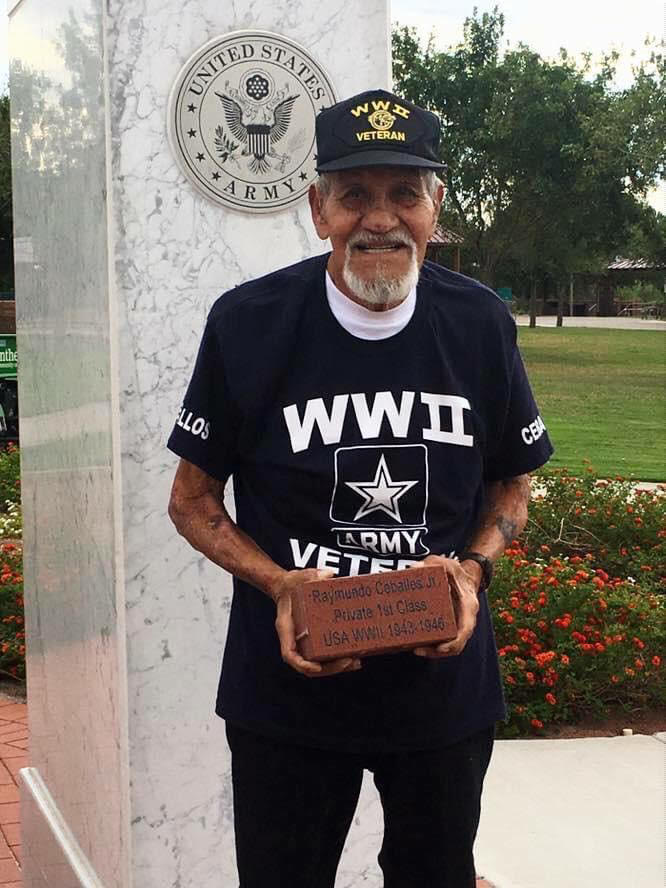 Raymundo Ceballos 97, passed away peacefully at home on Saturday, July 3, 2021, surrounded by family. He was born in Flagstaff AZ on June 8, 1924, to Raymundo Sr. and Luz Ceballos. He was one of ten children. Ray was a proud World War 2 Veteran. He loved to share his stories with anyone who would lend an ear to listen, and he always made sure to say, “Thank you for listening”. Ray moved his family to Phoenix in 1959 where he continued his career as a printer. He began his work with the Glendale Herald until he moved onto his career with the Republic and Gazette, where he retired after 25 years of service. Ray also owned and ran CCU Rubberstamp Company in Glendale for many years. In his free time, he enjoyed gardening, and building almost anything in his workshop and was an avid golfer with the Par Gents Golf Club. He is survived by his beloved wife of 70 amazing years, Lucy Ceballos. His two children Richard Ceballos and Genevieve Garcia, 17 grandchildren, 31 great grandchildren and 3 great-great grandchildren. Sister Jenny Fajardo and Brother Ruben Ceballos, as well as many nieces and nephews. He is preceded in death by three of his beloved children Barbara Halliday, Michael Ceballos, and Sandra Fish. His father, mother and seven siblings. Family was the most valued treasure in Rays life. We will so miss his humor, quick wit, and sharp mind. He will surely be missed the most by those of us who called him “Pop”.