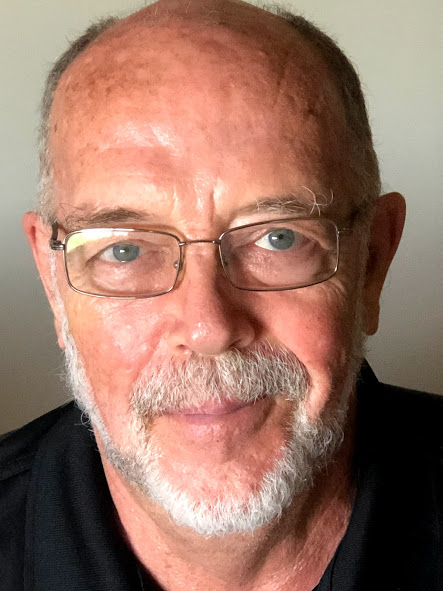 On Saturday, June 20, 2020, at 2:30 pm, Richard Chaffee, age 76, was graduated to his heavenly home, carried by his guardian angels to the very presence of God and his Lord and Savior, Jesus Christ. Shirley [Spouse] and Rebecca [Daughter] were there by his side, and Aaron [Son] via FaceTime to say their “goodbyes.” He had several physical complications, but in the end, it was COVID-19 that took his life. Richard is survived by his wife Shirley; children Aaron (Adrian) and Rebecca (Brad); grandchildren Madison, Justine and Josh; and siblings Sandy, Joe (Kathy), Bea (Dick); brother-in-law Charlie (Susie). He is also survived by 13 nieces and nephews, and 20 great-nieces and nephews and 7 great-great nieces and nephews. Richard was born October 4, 1943, in Kellogg, Idaho to parents of Carroll and Joyce Chaffee. He grew up in Kellogg and graduated from Kellogg High School and then went on to attend Pacific Lutheran University, and also served in the Coast Guard. Richard and his business partner later founded a Christian book distribution company in Seattle. Shirley met Richard via phone as business acquaintances for the book distribution while Shirley was in New Jersey. Shirley eventually moved to Seattle to become part of the business and later they married, at Faith Tabernacle in Kent, Washington, on January 25, 1975. Richard and Shirley then moved to Newport, Washington in 1978 to rejoin the family business and run Pik Kwik. Richard moved on to be an insurance agent and worked and lived in Colorado, Oregon, Hawaii, Texas, and Arizona. No matter where he lived, Richard had a heart for helping others in any way possible, from helping to move them to another location with his truck, or bringing a lonely individual home for a home-cooked meal. His heart was always open to helping those in need with shelter and love. He was always active in church ministries; men’s groups, softball, ushering, prayer teams, and his delight was working in the church kitchen. In his young years, he enjoyed water and snow skiing, jumping in the Lake, and just sports in general. In his later years, he enjoyed his early morning in quietness and devotional time reading his Bible and writing a thought for the day. Shirley, Rebecca and Aaron want to extend their heartfelt gratitude to the staff at COVID ICU, Banner Hospital in Arizona, and for the many who FB messaged Shirley their prayers for strength and courage at this time. Richard is in the Arms of his Heavenly Father and we know that he is dancing on the streets of gold—his desire here on earth was to make sure all knew of the saving Grace and Power that is in Christ Jesus. If you know the Lord as your Savior then find that peace to rest in with Richard’s passing. If you don’t know the Lord as Savior the way Richard did then seek out God—God is waiting for you and wants all His children to find Him and to be saved. We need God’s Grace and Mercy and Love during these times—ask and believe and you shall be saved.

Richard’s Virtual Memorial service will be on July 7, 2020, at 5 pm (PST) via Zoom. We created the Virtual option in order to encourage all to attend that knew him—the more the merry. Join Zoom Meeting: https://us02web.zoom.us/j/77974856417

If a contribution is desired - Shirley has a GoFundMe account set up - it is listed on Richard's FaceBook Page as well as in the link below. https://www.gofundme.com/f/21py7lxppc?utm_medium=copy_link&utm_source=customer&utm_campaign=p_na+share-sheet&rcid=f41ead519c9345d4985489e5f97da66f