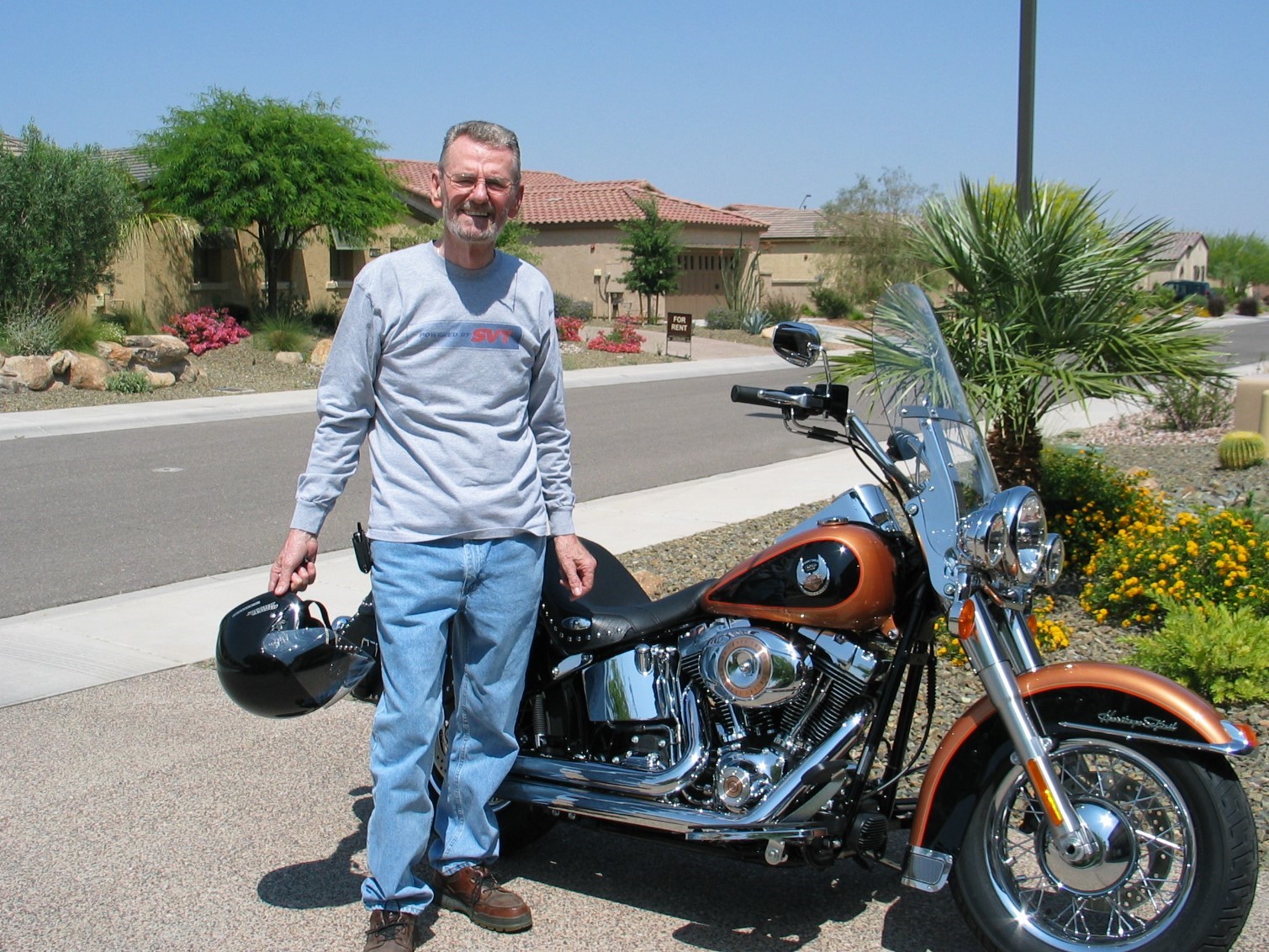 Robert Nicholas Schaibley, 86, of Peoria, Arizona passed away peacefully on September 19, 2021. Robert was born in Reno, Nevada to Rudolph and Vivian on May 24, 1935. He attended Lassen High School in Susanville, California and after high school began working at Sierra Army Depot in Herlong, California and then transferred to Rossford Army Depot in Ohio. He then moved on to work for Jeep/American Motors in Toledo, Ohio, before moving to New Jersey and held several positions with CPC International before retiring as director of information systems & strategy. He "retired," moved to Arizona, and began a completely different journey with Volvo Cars. Robert enjoyed traveling, and did so throughout South America, Germany, Sweden, and Norway. He loved jazz music, and played the piano, organ and the clarinet. He loved fast cars and motorcycles, having had at least 9 different motorcycles in his lifetime (those are only the ones that we know of). Robert found his dream job at Volvo Cars where he test drove new cars that weren't brought to market yet. He drove countless hours and thousands of miles testing cars - driving FAST around the track, but also FAST throughout northern Arizona and in treacherous terrain, in snow, sleet, hail, rain; and even clear up to Yellowknife, Canada where he drove on ice, and where high temperatures reached only -40F. Robert played tennis with a men's league and a mixed double's team. He also enjoyed beating all of his family members at the pool table, where he showed no mercy. He loved crossword puzzles and wouldn't eat breakfast until he completed the NY Times crossword puzzle every morning. Robert supported many organizations including: Phoenix Children's Hospital, St. Jude's, Make a Wish, Catholic Answers, St. Mary's Food Bank, Disabled American Veterans and Memorial Sloan Kettering. He is survived by Doris, his loving and devoted wife of 56 years, his daughters: Raula, Bobbi and her husband Bob, Kris and her husband Ron, Jaclyn and her husband Geoffrey, one son, Craig and daughter, Cindy. Robert had 8 grandchildren: Jason, Joe, Bobby-Dean, Caite, Ben, Ryan, Nikki and Jamie, 13 great-grand children, 3 great-great grandchildren and his niece Robbie and her husband Bill. He was preceded in death by his parents, sister Geraldine and his daughter Jill.

In lieu of flowers, donations may be made to Banner Health Foundation & Alzheimer's Foundation (bannerhealthfoundation.org) and Hospice of the Valley (hov.org).