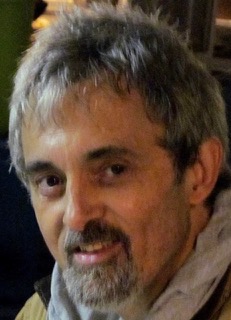 Father, son, brother and friend, Randy, 58, passed away surrounded by his children holding his hand on January 3, 2020 after suffering a stroke. He was born on July 7, 1961 to Roy and Shirley Robbins in Indianapolis, Indiana. Randy is survived by his daughter Lindsey (Scott) of Indianapolis and 4 grandchildren; son Jordan of Indianapolis; father Roy of Arizona; his brothers Terry, Greg, Anthony of Arizona and his sister Sheila (Tony) of Indianapolis. Randy was an easy man to love and loved deeply in return. Through his life, he demonstrated skills with his work in carpentry, and he especially felt immense pride in seeing the rehab of a home from start to finish. He enjoyed working under a hood of a car, liked fishing and occasionally cooking. He had the most contagious laugh.

A mover and a shaker, forever a tinkerer and a giver all through his life, even at the end, as he chose to be an organ donor. So far, we know he’s saved three lives and hope his recipients are doing well and will live a strong life with that piece of Randy. This totally and absolutely is suiting of him and an affirmation of him to his core, and how we all know him at his best.