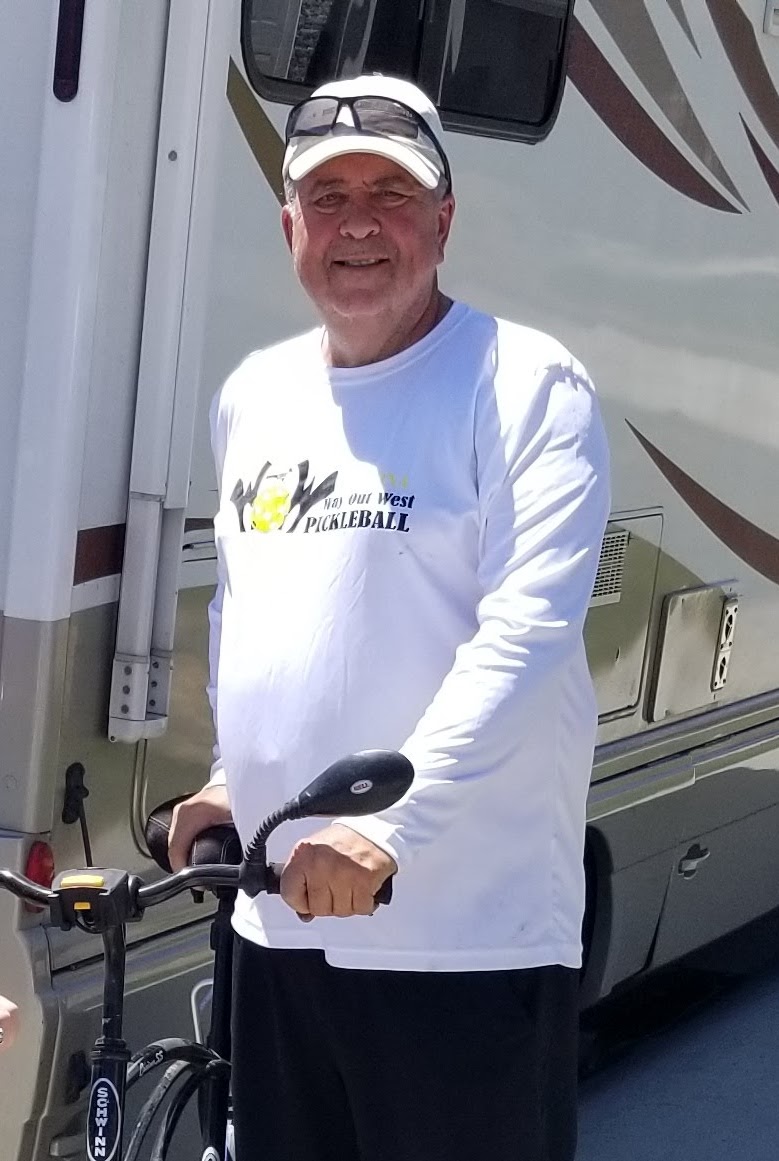 Roderic (Ric) Jones passed away Wednesday, November 4, 2020 in Surprise, AZ. He was born in Mankato, MN in 1950 to Willard and Constance Jones and had four siblings Ronald, Kathleen, Marjorie and Gregory. He grew up on a farm near Lake Crystal, MN where he lived through his high school graduation at Lake Crystal High School. He raised and competitively showed cattle including at the MN State Fair. After high school, he enlisted in the United State Navy and served with Patrol Squadron 48 through the Vietnam War era. He served in the Navy from 1968 – 1972, serving 2 tours. After he returned back to Minnesota he married Susan Trudeau and had three children, Aaron, Dallas and Tyler. They lived in Mankato, MN until Ric earned a job with the United States Postal Service (USPS) and moved to Apple Valley, MN with family. Ric worked 29 years with the USPS and retired in 2016. Upon retirement he moved to Surprise, AZ and enjoyed his time in retirement playing pickleball, traveling in his 'treasure on wheels' (RV), hiking and biking and visiting friends and family. Ric worked hard and played hard as well. Beyond work he enjoyed playing and coaching many sports from softball/baseball to golf to pickleball. He enjoyed history and travel and recently visited Gettysburg National Cemetery during his last RV trip in 2020. He was a kick ass dad and raised three great Jones boys, who have families of their own with six grandchildren and enjoyed frequenting their sporting events and other activities. Roderic is survived by three sons; Aaron Jones (wife Marcia Alexander, children Leo, Dominik, Ezekiel) (Minneapolis, MN); Dallas Jones (wife Camille Jones, children Levi, Owen) (Lakeville, MN); Tyler Jones (daughter Sophia) (Milliken, CO) as well as brother Ronald Jones (wife Cheryl) (Lake Crystal, MN), sister Kathleen Jukich (Duluth, MN), sister Marjorie McGraw (husband Michael “Mick”) (North Mankato, MN). Preceded in death by father Willard Jones and mother Constance Jones and brother Gregory Jones.

Ric attended Crown of Life Lutheran Church in Surprise, AZ, he will be cremated in AZ and was a proud veteran so he will be buried at Ft. Snelling National Cemetery in Minnesota. Services are being determined based on COVID restrictions. Cards and Memorials can be sent to Aaron Jones at 5308 W Nokomis Pkwy, Minneapolis, MN 55417. Memorials will be donated to various pickleball associations, specifically for youth.