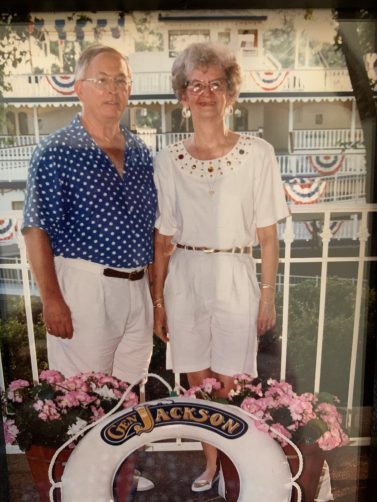 Ronald Jay Weeks (Ron), age 88 of Phoenix, AZ passed away peacefully on Thursday, March 26, 2020 at his home, Devonshire Assisted Living. Ron was born in Wood Lake and grew up in St. Paul, Minnesota, and moved to Phoenix, Arizona in 1977. He graduated from Wilson High School in St. Paul in 1949. He proudly served in the United States Air Force as an airman and was active during the Korean War. He spent the majority of his working years as a plumber/foreman before retiring in 1996. He and his wife, JoAnn, traveled the US and Canada in their motorhome for 4 years enjoying several sites and spending time with family/friends. He enjoyed watching/listening to sports, playing golf, traveling, a good game of cards, antagonizing his grandchildren, and never turned down a good social cocktail. Ron is survived by his four children Tom (Cindy), Tim (Sharon), Joe (Tina) and Jennifer (Terry) Miller, 12 grandchildren, 6 great grandchildren, brother Les (Rae), sisters Lorraine Bromhal and Vivian (Gary) Westgard, several nieces and nephews, and friends. Ron is preceded in death by his loving wife of 48 years, JoAnn, his parents Erwin and Edith Weeks, brothers Erwin Jr. (Nancy) and Alan, and other family and friends. Ron will be greatly missed by all who had the pleasure of knowing him.

In lieu of flowers, the family asks that memorial donations be made in Ron's name to the American Stroke Association.