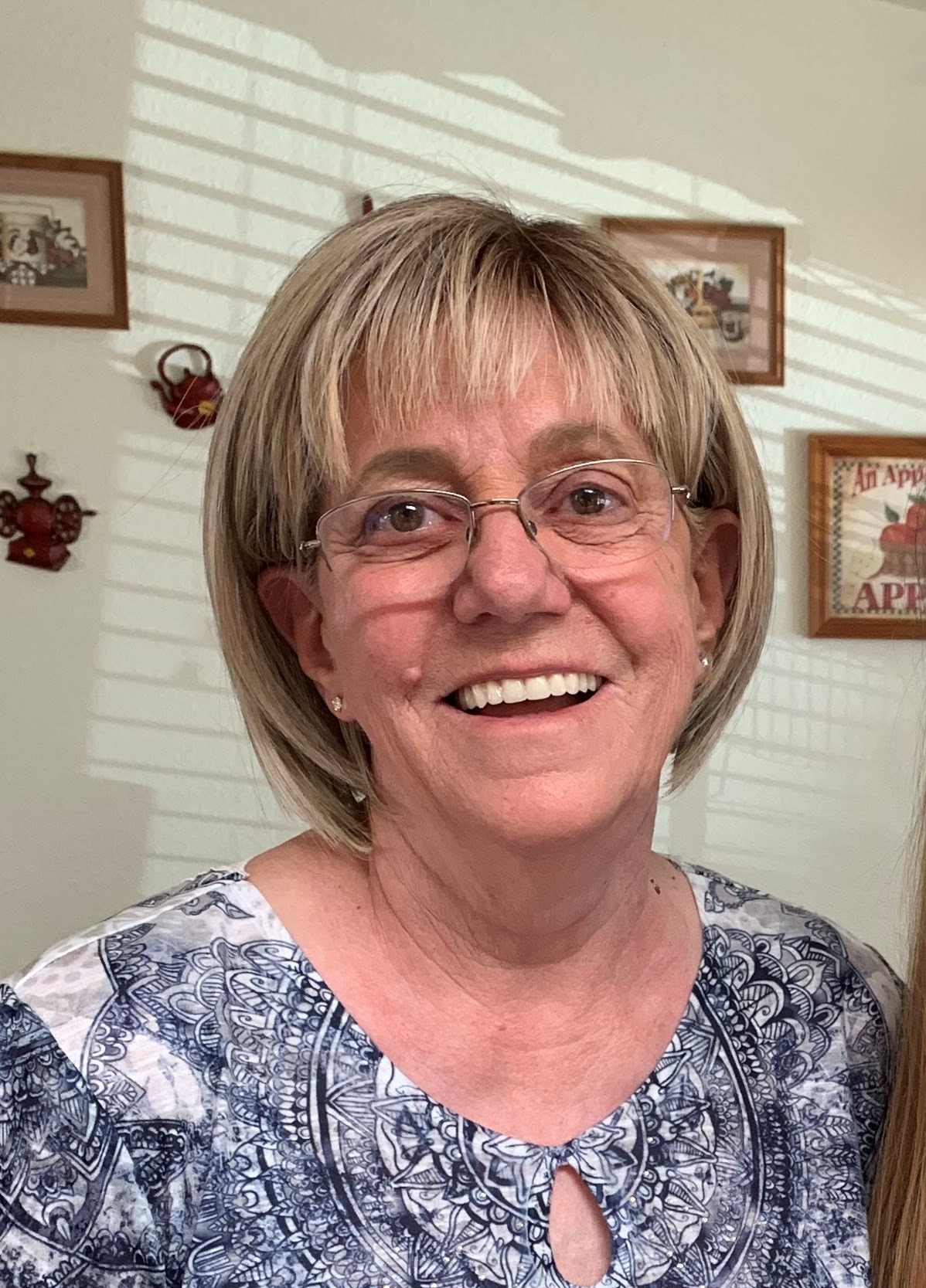 Rosemary ‘Rose’ Klamp, 72 made her final journey to be with our Heavenly Father on Friday April 8, 2022 in Peoria, Arizona. Her devoted family was by her side before, during and after her transition. Rose lost her fight against stage 4 Metastatic Small Cell Carcinoma. She was a devoted Mother, Grandmother, Great-Grandmother, Daughter, Sister, Aunt and Friend. Rose was born on May 17, 1949 at 8:50pm in the small town of Elgin, Illinois to the late Alfred Foege and Mildred Mockler-Foege. She grew up on a turkey farm, so that is why she never liked eating turkey! She adored her Shetland Ponies and had a great love for the outdoors. She has one older brother, Jerry Foege. Her parents moved to the suburbs outside of Chicago where she graduated from East Leyden High school in Franklin Park. She remained in Franklin Park and had two children, JoAnne and Raymond. In her early career she was a telephone operator. She volunteered at the local Girl Scout troop where her daughter JoAnne attended and made many friends in the community. She loved to go camping and would take the family on adventures to new places to be explored and see new things. In 1981 she made her way out to Phoenix, Arizona along with her mother who had just retired, to be near lifelong friends. She found herself working in the real estate industry in the front office and soon became the organizer of agents. She handled many tasks and wore many hats for over two decades. She loved her job and the people that she worked with and met over the years. She was always outgoing, kind and generous to everyone she met. She was a shopaholic and loved a good yard sale. She loved crafts, sewing and making things out of scraps. She was always making something or fixing something. She never stopped learning to make new things and she was making things up until she no longer had the strength to continue. She had a passion for cooking and tried just about every Ninja cooking apparatus there is out there. She loved her grandchildren and great-grandchildren fiercely and was Nana to many. She loved to play Bingo, card games and video games like bowling with the family and friends. She will be dearly missed by all of the people whose lives’ she has touched, as they celebrate the fact that she is at peace and no longer in pain. She is survived by her children, JoAnne (Charley) Farley and Ray Klamp Jr.; grandchildren; Brittanie (Shane) Harrington and Jordan (Jorge) Rojo whom blessed her with 6 great-grandchildren; Miylee, Brayden, Madyson, Mersaydez, Zuriel and Mia; her brother Jerry Foege, a niece and many nephews. She was preceded in death by her parents, brother Eugene Foege and grandson Tyler Deskins.

Mom had requested to have a Celebration of Life gathering for her in lieu of a service at the funeral home. It seemed fitting to have it close to her birthday to honor her. Sunday May 15th, 2022 1:30pm - 3:30pm Suncrest II Clubhouse 7810 W. Peoria Ave Peoria, AZ 85345

The family requests in lieu of flowers, make a donation to a reputable cancer foundation such as Cancer Response Team, Cancer Care or American Cancer Society dedicated in her name.