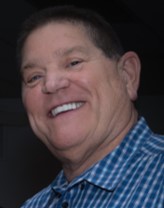 Steven ‘Steve’ Wieters (Papa), 60, was surrounded by his family as he passed away Monday, August 5th in Glendale, Arizona. He was a true warrior who loved his family, friends, and Brothers. Steve was known for his warmth personified by his humor and generosity and his immense ability to show his love for everyone around him. His legacy can be seen through the success of his children, who he raised to be great people and parents, and the eyes of his grandchildren who he loved with all of his being. Steve was born on August 29th, 1958 in Topeka, Kansas to Dean Wieters and Marilyn (Shaffer) Wieters. In 1960, his family moved him to Arizona. He graduated from Greenway High School in 1976. He enlisted into the Navy shortly after high school where he became a Navy Hospital Corpsman, specializing in Psychiatry. He left the military in in 1983, returning to Arizona, inactive reserves. Steve could do anything with his hands , therefore, much of his life he owned his own businesses, never limiting his success. He was also the consummate learner. Steve was always reading and would amaze everyone with trivia and worldly information. Steve’s proudest affiliation was as a Mason with the Sun City Masonic Lodge and many other Masonic organizations. Throughout his journey as a Mason, Steve had many noble achievements, which will leave a legacy that will ripple through the Masonic community for many years to come. Steve is survived by his wife, Lori Wieters, and his children, Andrea Wieters (Peoria), Steven and Calli Wieters (Glendale), and Kaleigh and John Williams (Glendale); seven grandchildren; mother, Wanda Wieters (Peoria); brother, Ray Wieters (Glendale); brother, Monte Wieters (Phoenix); sister, Cara Whitted (Glendale); brother, Conel Thurman (Wickenburg); many nieces and nephews; and many others who knew him as Papa and Daddy Steve. He was preceded in death by his father, Dean Wieters; mother, Marilyn Wieters; and sister, Cydnee Thurman.

In lieu of flowers, donations may be made to the nonprofit organizations that Steve supported, which are the Shriner’s Hospital for Children and the Templar Eye Foundation.