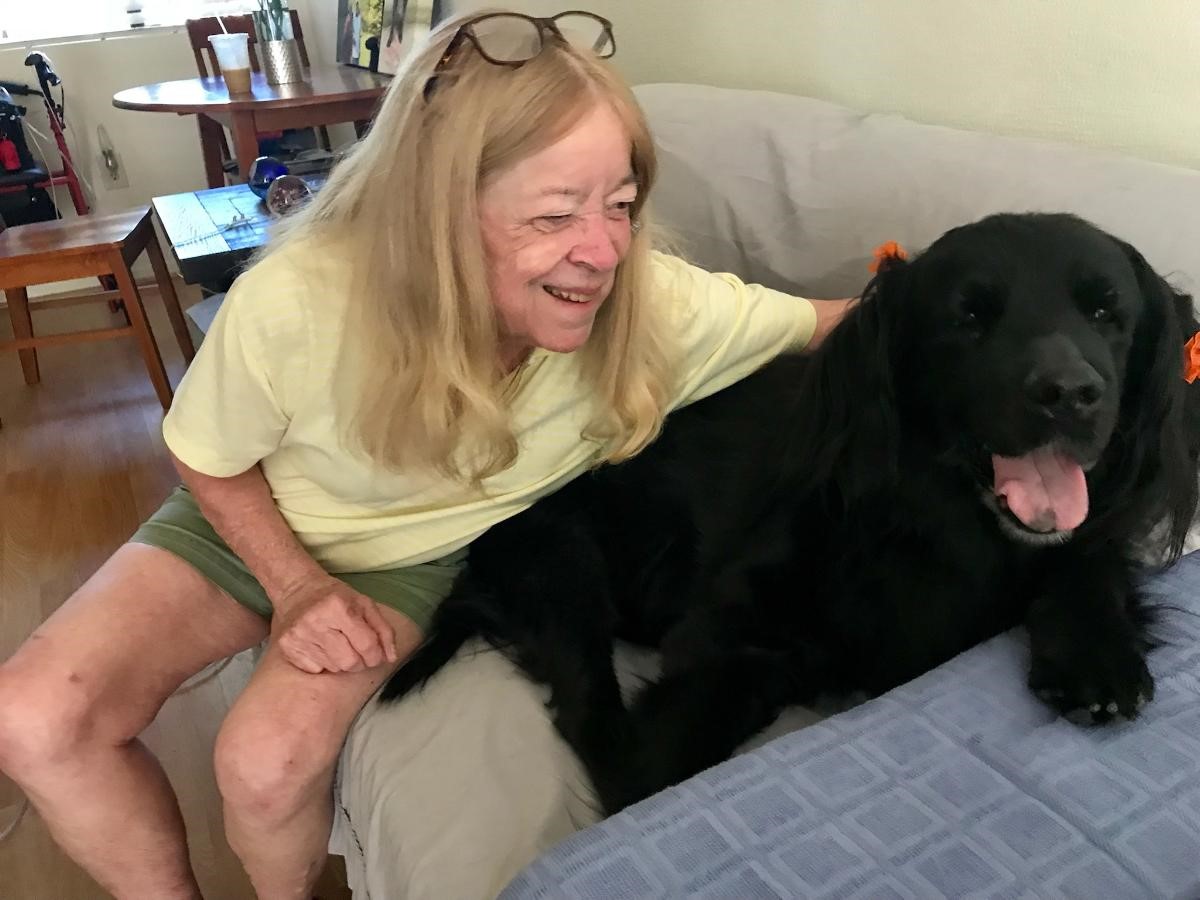 Vicki Marlene Rogissart (June 5, 1949 to May 7, 2022), aged 72, lived a beautiful and fulfilling life, often caught between the tides of pain and rapture. A kind and soft-spoken conversationalist, she provided encouragement and comfort while asking little in return. Born and raised in Detroit, Vicki lived most of her life in southeastern Michigan. Her husband, Peter, adored her. Together they raised their children, Christopher and Raymond, teaching them loyalty, compassion, resolve, and the ability to find humor in almost anything. Vicki loved and admired her older sister and best friend, Sandy. She is survived by her son Raymond (and Nicole), her two brothers, her sister, her nieces and nephews, and the countless friends and lives she touched throughout her life. Following the deaths of Chris (2016) and Pete (2017), Vicki moved to Arizona. Not long after arriving, Vicki rescued an extra-large elderly dog from the E-List at a local shelter (Bella). Vicki LOVED dogs – especially bigger dogs like Newfoundland’s and black labs. By Spring of 2021, Vicki’s lungs were failing her after years of being harnessed to an oxygen machine following a near fatal lung infection in 2011. In October 2021, Vicki was one of the oldest patients in Arizona to undergo a double lung transplant. Although Vicki was finally free of her oxygen machine, it was complications from her lung transplant that would ultimately lead to her demise. The day before entering Hospice, Vicki declared without hesitation: “I know [it’s time], but I have lived a good life.” Friends and family have described Vicki as “brave”, “tough”, and “resilient”. Vicki loved her lake home on Lake Huron, floppy eared dogs, The Waltons, koala bears, Christmas decorations, watching approaching thunderstorms, cookies, anytime Pete would tease her about her height, popcorn, ER, her brother Bob, her “Newfie” group on Facebook, Queen, wrapping gifts, fall and spring weather in Arizona, Twinkies, her niece Kim, The Beach Boys, board games, dad jokes and bad puns, her family and friends, baking and consuming deserts, the beaches in Southern California, ice cream, and any opportunity to offer advice or emotional support. She was kind soul who offered a level of optimism and kindness that was honest, heartfelt, and spilled over into all that she did. Although she will be missed, we take comfort knowing that Vicki is now at peace.