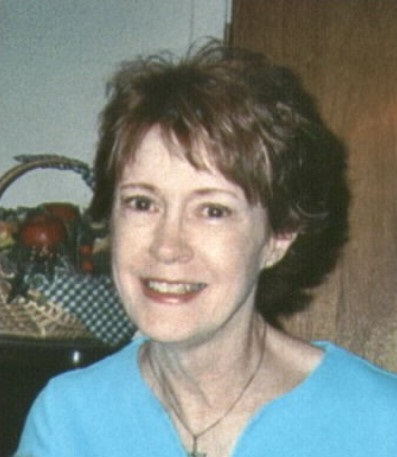 It is with saddened hearts that we report the passing of our beloved sister and dear friend, Virginia (“Ginny”) Hafer. Before leaving us on Saturday, October 19, 2019, Ginny fought a relentless, lengthy battle with some very complicated illnesses. Through it all, we marveled at her courage, her inner strength, and the peace and strong faith in God she maintained through it all. Daily, she praised her loving Creator and Father for sustaining her and blessing her in so many ways -- in spite of the suffering. She was a real encouragement and inspiration for us all. Ginny was born on April 24, 1943, in Wichita, Kansas, where she attended Lowell Elementary School, East High School, and Wichita Bible Church, until the Hafer family moved to Arizona. She was also active in Youth For Christ and other Christian programs in the Wichita area. In the Phoenix area, she attended Washington High School, and Phoenix Christian High School from which she graduated in 1961. Later, she attended Phoenix College and Biola University in La Mirada, California. Ginny was a long-time member of Bethany Bible Church in Phoenix, and later Palmcroft Baptist Church which she attended for as long, and as many times, as health allowed. Ginny loved God, life, and people, and made nearly everyone her good friend – sending them cards or little gifts for various occasions, giving words of encouragement, and praying faithfully for them. She was noted for her flying fingers on the typewriter, and her skill in taking shorthand for many years. She served as a legal secretary for various attorneys and judges. She worked for Arizona College of the Bible, was active in Christian Businesswomen’s, in Arizona Women’s Retreats – where she later served on the Board. She worked with the Arizona Child Crisis Center and Christian Family Care Agency, and advocated for Crisis Pregnancy Center and Streetlight USA – dealing with sex trafficking, and she spoke out on domestic violence. Ginny supported various missionaries, and other Christian ministries, such as Chuck Swindoll, Anne Graham Lotz, and Child Evangelism Fellowship. She supported her older brother, Jack, in film production, helping to promote his first major movie, “To End All Wars”. She supported her younger brother, Jim, in his Christian weight-lifting ministry, New Life Lifters, and later helped to edit his book, Critical Christian Concerns. Ginny was a great friend, supporter, and playmate in their earlier years to her younger sister, Cindy; and in later years, she was a faithful caregiver for her parents, Jack and Virginia Hafer, until their passing. She was a joy and blessing to many, and will be sorely missed. She is survived by two siblings: Jack (Betty) Hafer, Jr. in California, and Cindy Hafer (Tom) Cherryhomes in Texas. In addition, she is survived by Patty Hafer – the widow of our younger brother Jim; and by many nieces, nephews, and grand nieces and nephews: Jeremy, Charissa, Kortney, Dominique and Michael Hafer, and grandniece, Kyra Hafer; Jonny Hafer, and David (Jessica) Hafer and their children, Ellie and Emma Hafer; and by Laurie (Jason) Bearce and children Claire, Luke, and Jack Bearce; and by Lindy (Rick) Schauer and children Breanna and Benaiah Schauer. She is also survived by three aunts, and several cousins and their families. Ginny is preceded in death by her parents, Jack and Virginia Hafer, and her younger brother, Jim Hafer. We are thankful that our sister's days of suffering are over, and she rests in the Eternal, loving care of her Creator and Compassionate Father.