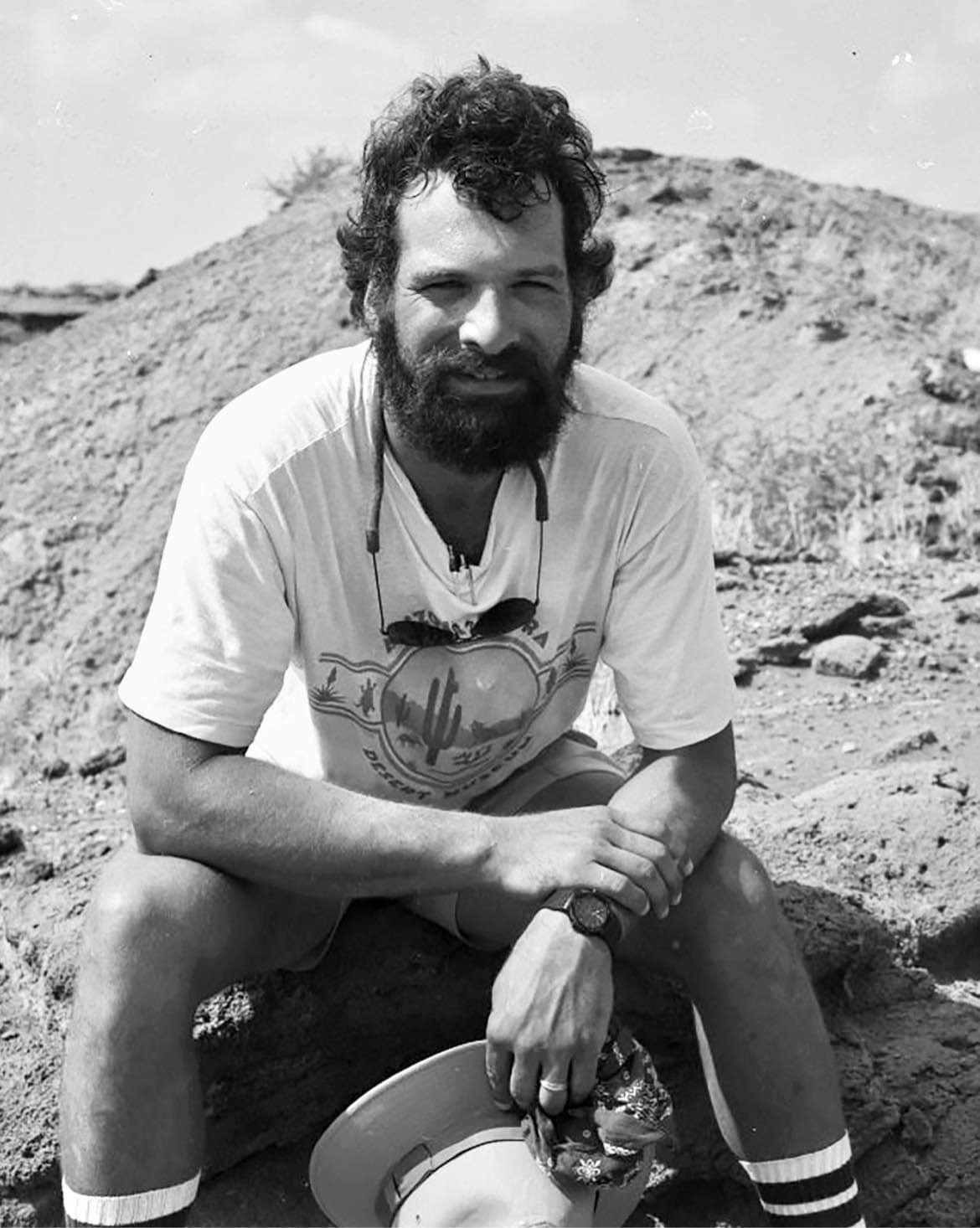 Dr. William H. Kimbel, born Philadelphia, PA, April 15, 1954, an eminent scholar and teacher in the field of human origins as well as a beloved husband, father, son brother, and mensch, died peacefully on April 17 after a valiant three-year effort against cancer. He was unflaggingly brave during even the most trying days and maintained his humor until the end. Bill’s tireless exploration of human history in deep time, his famous wit, the depth of his love, and his legacy as an ambassador of paleoanthropology will live on among family, many friends and hundreds of students that cherished his teaching and leadership. Professionally, Bill had an international and noted career as a scientist, researcher, professor, and mentor. He was the Virginia M. Ullman Professor of Natural History and the Environment and former Director of the Institute of Human Origins at Arizona State University. During more than 40 years as a paleoanthropologist, he was a leader in the field. His research on the origin, evolution, and anatomy of Australopithecus afarensis, early Homo, and other early hominins has profoundly influenced how we view the evolution of our ancestors. Through his research, public outreach, and student training, Bill’s scientific rigor has been a benchmark against which all paleoanthropological work is measured. Bill earned his doctorate from Kent State University in 1986, but his impact on the field began a decade earlier. He joined the International Afar Research Expedition as an assistant in 1976 and served as Associate Curator and Head of Physical Anthropology at the Cleveland Museum of Natural History from 1981 to 1985. In 1985, he joined the Institute of Human Origins (IHO), initially based in Berkeley, CA and later at Arizona State University. He continued to conduct paleoanthropological fieldwork as leader of IHO projects in Olduvai Gorge, Laetoli, Tunisia, and the Younmou Basin in China. In 1990, after a period of Ethiopian political unrest, he re-initiated the Afar Research Expedition as the Hadar Research Project and directed the scientific investigations of that critical A. afarensis site for 30 years. Simply put, we would not have the deep understanding of the evolutionary history of our ancestors without Bill’s work. Critically, Bill's influence on the field extends far beyond his own area of specialization through his service to Journal of Human Evolution, paleoanthropology’s flagship publication. Through his published work, Bill shaped how the field of paleoanthropology interprets the fossil record. For his contributions, Bill was elected a Fellow to the American Association for the Advancement of Science in 2005. Last year, Bill stepped down as the Director of the Institute of Human Origins. During his impressive career as an educator, he trained graduate and undergraduate students, led the Hadar Field School, and was nominated for several teaching awards at Arizona State. His love of science and the active discovery of the fossil remains of our ancestors has influenced hundreds of students and careers, and his attention to detail and ability to tell the evidence-based story of our ancestors made our field better. Bill is survived by his loving wife, Patricia Sannit, children Arren and Semera, siblings Kate Kimbel and Andy Kimbel, sister-in-law Sue Duff, father-in-law Daniel Sannit, and beloved mother, Bobby Ellen Kimbel, PhD. More than simply a stuffy academic or a globe-trotting explorer — or either put together — Bill was both a fierce intellect and an endlessly witty man, full of quips, stories, and anecdotes, all of which earned him a larger-than-life reputation among students, friends and family. He was an appreciator of fine wine and food, harbored an encyclopedic knowledge on a host of topics: WWII history, jazz, early airmail, Bach, Early Music interpretations of the Baroque, and could play the folk music he grew up around in the 1960s and ‘70s with the best of them and moonlighted as a surprisingly nimble First Baseman on a series of rec-league softball squads with themed team names like Gorillas in the Mitts and Neaderballs. (Oy! and though he was always a sportsman, those in the know will recall at least one ejection). He was a dead ringer for the Most Interesting Man in the World (if not the man himself), passionate about the Phillies, his music, his family and many friends, and of course, Ethiopia and the many secrets of human history that have emerged from east Africa. He leaves a Rift Valley sized hole in our universe which will never be filled, though he will live on forever in the fossil record.

A celebration of Life will be held on Saturday, May 28th, 2:30 pm in the auditorium of the Walton Center for Planetary Health on the ASU campus. 777 East University Drive, Tempe, Arizona

Contributions in Bill's name may be made to the Institute of Human Origins at ASU. Please contact Lindsey Mullen, Lindsay.Mullen@asu.edu with questions about donations. We hope to establish a study grant in Bill's name. He was passionate about morphology, and the importance of seeing and studying the fossils or casts first hand as a primary source. Creating a fund to support students who will benefit from first hand observations of fossils would make Bill happy.